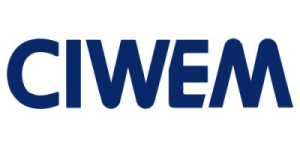 Background
Founded over a century ago, the Chartered Institution of Water and Environmental Management (CIWEM) is an independent professional examining body for scientists, engineers and environment professionals working in the field of sustainable environmental management and development. The organisation has a membership of approximately 12,500 worldwide – the majority of which are based in the UK. It publishes journals and magazines in addition to running seminars and interest groups for its members. CIWEM is also active in producing policy statements and responding to government consultations on environmental issues such as global warming and sustainable development.

Saving Time
CIWEM had experienced some limitations in the flexibility of their existing software, and were eager to select a package that could update their accounting procedures more easily. Of particular concern to the accounting department were the difficulties that they were experiencing in conducting audit trails and the use of search facilities. In addition, reducing the amount of time it took to produce year end and month end accounts was considered to be a major priority. But change is never easy, and to make the changeover as simple as possible, the new system needed to integrate with the organisation’s membership database system.

The accounting team at CIWEM identified a need for a period based accounting system with the facility to have ease of integration with other software products. Another obvious feature was that the system should also be user friendly and simple to operate.

Fact Find
Having first heard of Whitegate via direct mail, the Institution decided to take them up on their offer of a Business and Accounting System Fact Find. This proved to be an invaluable part of the whole process as it not only enabled CIWEM to clarify for themselves exactly what they wanted from their new software, but it also meant that they had a clear set of criteria against which they could measure the products available within the marketplace.

The fact finding process itself first involved an initial meeting with Whitegate’s managing director, Tony Reissner and then several one to one sessions with Consultant, Deborah Whitehead to establish how CIWEM operated and which management reporting systems were already in place. The next step in the procedure involved an assessment of their current system processes, whilst identifying which features and functionality would be of use in the future.

The whole process resulted in a detailed report including flow charts and diagrams identifying current systems and procedures, accompanied by suggestions about how these procedures could be improved and simplified. Whitegate also produced a demonstration check list highlighting essential and desirable feature requirements that CIWEM had identified for their new accounting software package. This checklist could then be used when considering any software purchase in the future.

Fact Find Conclusion
The Fact Find concluded that an upgrade of the current system would still not provide the organisation with all the facilities it required. This led to the recommendation that the organisation would benefit from implementing a new solution that fulfilled both the essential and desirable criteria that had been identified.

Julia Burgoyne, Director of Finance at CIWEM, highlights the importance of the Fact Find within the whole selection procedure. “It helped us to identify exactly what we wanted and simplified the process of finding the right application for our needs.”

As a result of using the new software, CIWEM confidently anticipate that their month end and year end process will be simpler to manage and far less stressful. In particular, the direct integration with the membership database system removes the need to make duplicate entries into both systems.

In Just a Few Months
The whole process, from the initial contact to the final installation, including training, was completed within just a few months. Staff at CIWEM were delighted by the service that they received from Whitegate and felt that the time spent on the Fact Find in particular was a worthwhile investment.

Julia Burgoyne comments, “We were very impressed with the service we received from Whitegate. I would heartily recommend them to any organisation in the process of reviewing or changing their accounting software. Whitegate took time to find out in detail our requirements which saved us time and money by doing the detailed analysis work for us. They were also able to suggest a few simple processes and procedures that we had not thought of to increase our efficiency.”